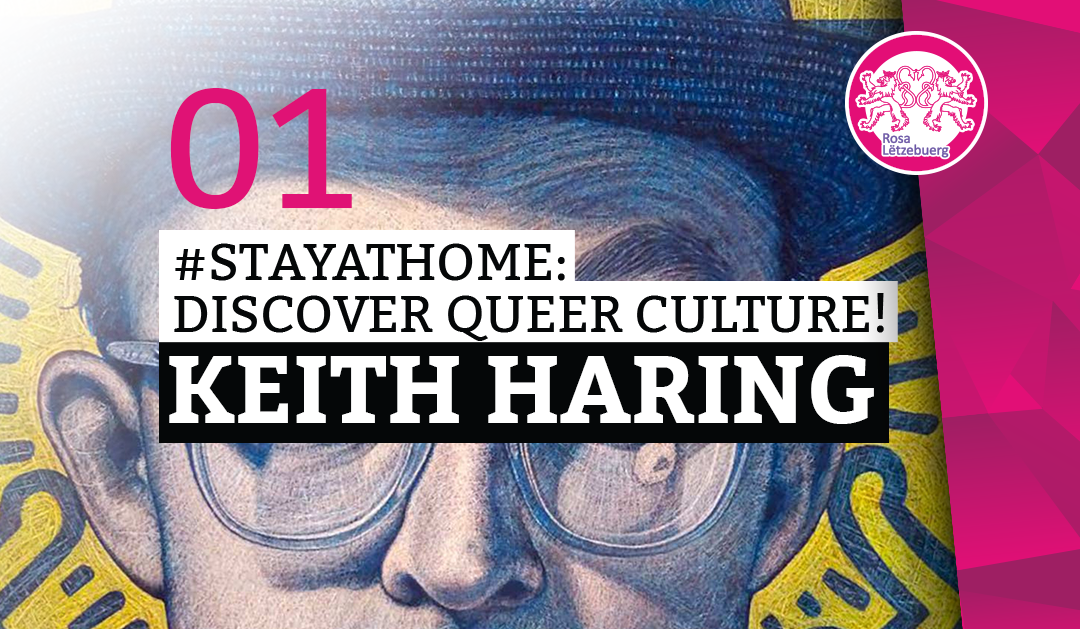 American street artist, pop artist, and muralist, who created a large body of beloved and instantly recognizable work during his short career. Haring grew up in Pennsylvania, and studied to be a commercial artist in Pittsburgh, before dropping out after two semesters. In 1978 he came to New York City to study painting at the School of Visual Arts. There he discovered the underground art community, and became friends with artists such as Kenny Scharf, Jean-Michel Basquiat, Madonna, and later Andy Warhol. Inspired by public art and graffiti, Haring began developing his style in the subway system, using white chalk to draw on top of the blank, black rectangles meant as advertising space. He signed his work with his iconic “radiant baby” tag, a drawing of a crawling baby emanating light rays. He was so prolific, and his work was so visibly ubiquitous, that his career quickly skyrocketed. His first solo exhibition came in 1981. By 1982 he was traveling around the world, exhibiting and painting large scale murals. He also worked with set designers, advertisers, and fashion designers. His paintings often reflected his social activism, whether it was his famous “Crack is Wack” mural, works that protested Apartheid, his cover for the benefit album A Very Special Christmas, or a painted section of the Berlin Wall. In 1986, he opened the Pop Shop in Soho, which sold his work on shirts, posters, and other mass produced items. Critics thought he was becoming too commercial, but he wanted to make his artwork affordable for everyone, not just rich collectors, and the store remained open for years after his death. In 1988, Haring was diagnosed with AIDS. Homosexuality had always been a theme of his work, but after his diagnosis he focused even more on making art about safe sex, HIV/AIDS awareness, and depicting joyful gay love at a time when it was becoming feared. The year before his death, he set up the Keith Haring Foundation to support underserved children and AIDS organizations, a foundation which still operates today.