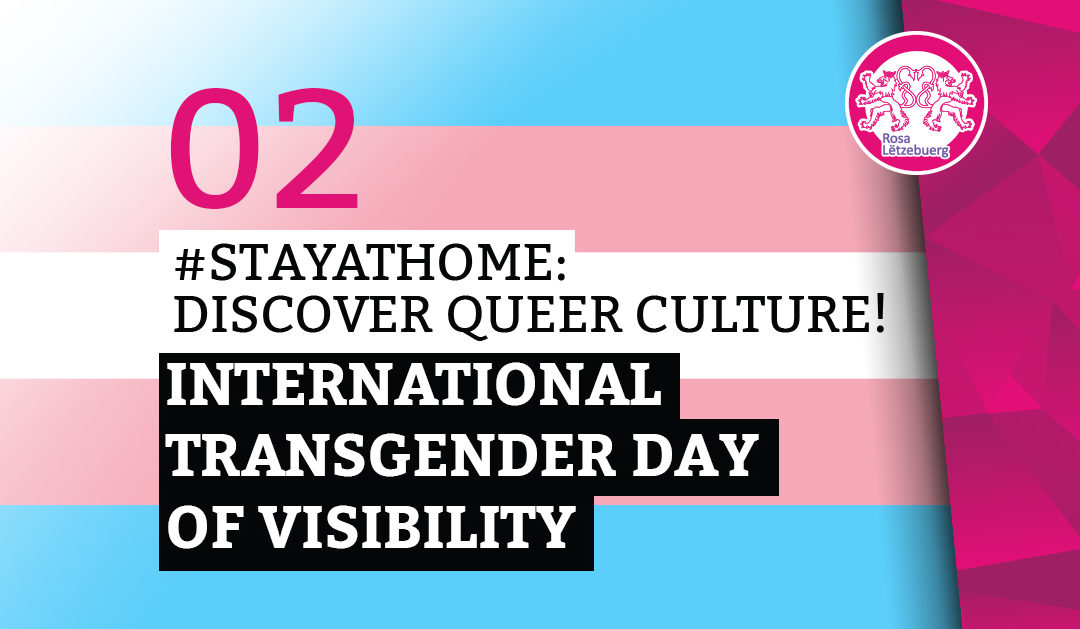 Today is the “International Transgender Day of Visibility”.
Transgender is a term for persons whose gender identity does not or not completely correspond to the gender registered at birth on the basis of external sexual characteristics.
Even though the legal hurdles for changing the gender entry and name in Luxembourg have been significantly improved by the law of 10 August 2018, trans*persons are still subject to significant discrimination and high bureaucratic hurdles. For example, when applying for reimbursement of costs for sex reassignment surgery, reimbursement of costs for depilation for transwomen, etc.
The term trans* is a collective term, where the * represents the many terms and expressions of gender and gender identity, which go far beyond transsexual, transident, etc.
The “International Transgender Day of Visibility” should make us aware that trans*persons are exposed to high discrimination worldwide. The Transgender Day of Visibility (TDOV) has been celebrated annually on March 31st since 2009 and focuses on the visibility of trans* people. The goal is to recognize the achievements of trans* people and to point out their ongoing struggles. Rachel Crandall-Crocker from Michigan declared March 31st as the “International Transgender Day of Visibility” to set an example against the marginalization of trans* identities.
Rosa Lëtzebuerg was founded in 1996 as an association for homosexuals. In 2013, the association’s purpose was expanded to include the topic “trans”. Since then, the association has been working for the whole LGBT community.