CALL FOR ACTION: The EU as an “LGBTIQ Freedom Zone” 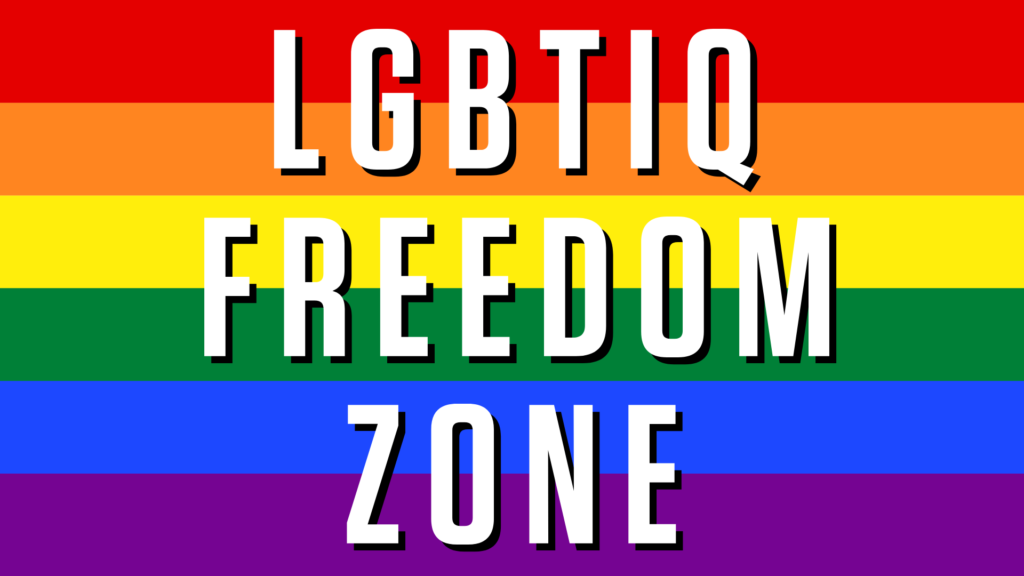 For two years now, various municipalities and cities in Poland have been declaring themselves “LGBTIQ-free zones”, thus further promoting a queer-hostile climate that has been steadily growing in recent years already. During the presidential elections last year, the then incumbent – and in the meantime re-elected – President Duda continued to push the boundaries of tolerance. Activists are being hindered in their work and the hostilities are taking on ever more dramatic forms.

But even though the EU Commission has reacted by cutting off funding to these municipalities and cities and international critics are growing stronger, this has so far had little influence on the political leaders on the ground. The fact that Commission President Von der Leyer strongly criticised this LGBTIQ-free zones in her #SOTEU last year and Equality Commissioner Dalli wants to counter the Polish government with an LGBTIQ action plan in last November is welcoming signe. It is to be hoped that further action will follow.

Another piece of the puzzle in a broad front against national queer-hostile tendencies is the resolution “LGBTIQ Freedom Zone”, which will be voted on Wednesday. The LGBTI Intergroup, an association of queer EU parliamentarians chaired by Luxembourg’s Marc Angel, is therefore calling on civil society to support the debates around this resolution between 8 and 10 March by posting rainbow-coloured posts on social media to create greater visibility. Please take part in this call and post a photo with a rainbow flag and the hashtag #LGBTIQFreedomZone on Facebook, Instagram, Twitter, etc.