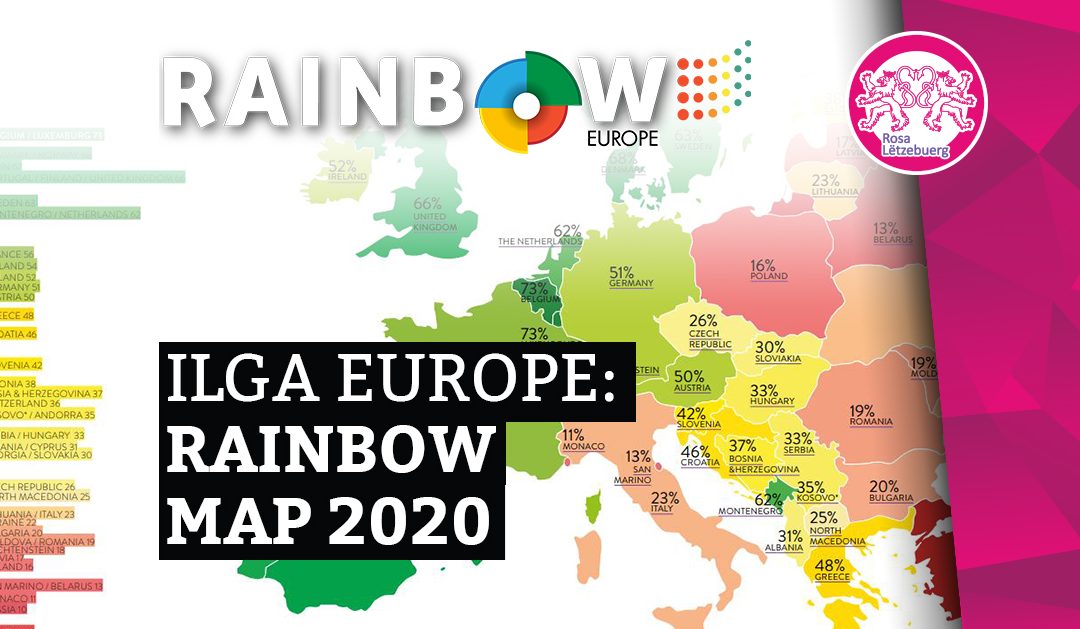 The pan-European situation of LGTIQ+ people is certainly in a phase of stagnation! This is the result of ILGA Europe’s annual evaluation of the legal situation in 49 European countries.
Since 2009, local organizations and activists have been monitoring all changes in the rights of LGBTIQ+ people and collecting them in a central location to create the Rainbow Map and Rainbow Index. This benchmarking tool is designed to provide a pan-European overview of the progress of equality policies, thus giving individual organisations and also policy makers a tool to strengthen their own efforts.
In the light of the ongoing Covid 19 crisis and a few days before the international day against homo-, bi-, intersex- and transhphobia (IDAHOBIT) ond May 17., the latest results are presented today. In more than 49% of the countries there have been no positive changes during the last year. This is not exclusively due to social resistance, but increasingly to a certain complacency among political leaders, which means that important reforms are delayed or not even identified as a priority. For the second year in a row, countries are losing points because existing protection measures are either not renewed or are deliberately dismantled.
Regression is most visible where civil and political rights are undermined: LGBTIQ human rights defenders are increasingly at risk, with authorities taking active measures to undermine civil society associations and trying to ban public events. In some places, the current crisis has been used as an excuse to suspend rights or not to implement them at all. This at a time when many members of the LGBTIQ+ family are already facing difficult circumstances.
It is in the area of trans people’s rights that most changes have taken place over the past year: both in a positive and negative sense. While in some countries (such as Andorra, Belgium, the Netherlands, Northern Macedonia and Switzerland) gender identity and gender characteristics have been included in equality laws, Iceland and Spain have adopted new laws on legal recognition of the sexes (EAA).
With a fall of 8.46%, Hungary has the most dramatic loss of points, due to the recent suspension of the procedure for legal recognition of gender identity and the lack of adequate state protection on public events. Poland is also losing points again and finds itself in last place among the EU member states.

Luxembourg  again in 3rd place: there is still a lot to be done!

During the whole of last year, no changes have been put to the vote in Parliament. “We still have some homework to do”, said Tom Hecker, President of Rosa Lëtzebuerg.
Luxembourg is now in its second year and again in third place with around 73%. The Rainbow Index is led for the fifth year in a row by Malta with 89%, Belgium remains in second place (also 73%). Not surprisingly, Turkey (4%) and Azerbaijan (2%) come in last. “Luxembourg could very quickly ban conversion therapies. The tiresome issue of a ban on blood donation for men with same-sex sexual contacts could also be solved long ago,” Tom Hecker continued.
A constitutional amendment is also long overdue and is lost in the trench warfare of party politics. “It is unacceptable that a minority that is already considered to be endangered must continue to wait for recognition of its rights at the constitutional level,” explains Andy Maar, responsible for the cooperation between Rosa Lëtzebuerg and ILGA Europe. “The protection provided by the Constitution is more than just symbolic politics, it is a firewall! We see in countries like Hungary and Poland, both EU member states, how quickly rights that have already been won can be suspended”. Other issues, such as the depathologization in relation to the legal recognition of the sexes (ERA) in trans- and intersex persons, are still being discussed.
The official release of the ILGA-Europe Rainbow Map and Rainbow Index 2020 will take place live on Facebook on 14 May at 15.00 (CET) with a subsequent discussion round.
Rosa Lëtzebuerg asbl is a long-standing member of ILGA Europe and as a national LGBTIQ organisation and local contact person she contributes to the collection of the information used to create the Rainbow Map and Index. 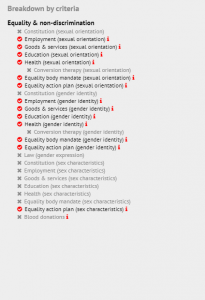 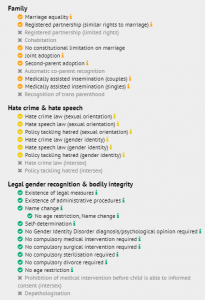 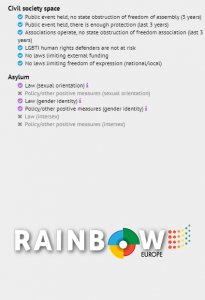